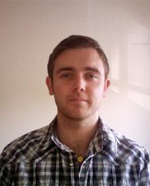 I’ve wanted to teach all my life and was inspired by my dedicated maths teacher in secondary school. After graduating school to study a BSc. in Mathematical Science, I also worked full time in Dublin’s biggest nightclub, where I became heavily involved in the AV promotion of the club. Technology became my thing and, when I came to London to train as a teacher, I knew I would want to use as much IT to assist young people with their learning.

I had always had a keen eye on Khan Academy and was an admirer of what they do but when I directed my students for help it proved unsuccessful. Even as an NQT I knew I wanted to make my own. These would be tailored to my students but also use the same language, terminology and mathematical symbols that GCSE and A-Level students study here and thus would be useful to all.